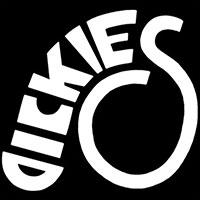 The Dickies will be performing an event in the next dates is right in your area. Buy tickets for your favorite performer or group and you will be able to visit his show already tomorrow!

Share with friends:
Updated: 01-27-2023
The Dickies are an American punk rock band formed in San Fernando Valley, Los Angeles in 1977. The band has consistently balanced catchy melodies, harmony vocals, and pop song structures, with a speedy punk guitar attack. This musical approach is paired with a humorous style, and has been labelled "pop-punk" or "bubble-gum punk". They are sometimes referred to as the "clown princes of punk".

2017 was the band's 40th anniversary, which they celebrated by touring, including 16 dates in England and Ireland, and that year's iteration of the Punk Rock Bowling festival in Las Vegas, which, among many other notable punk artists, was headlined by old band associate Iggy Pop. Stan Lee, in an interview promoting the tour, explained that their somewhat erratic touring schedule, historically, was in part due to his reluctance to be separated from his pet dogs for long stretches of time.

Another leg of the band's 40th anniversary tour included a run of dates on the 2017 Warped Tour. An incident occurred on July 25, their final day with Warped, which caused the band to become the center of controversy. While performing, Phillips was targeted by a sign-holding friend of feminist band War on Women, who protested his "sexist", humorous, politically incorrect stage banter. Phillips responded with angry, profane insults. This caused some in the punk scene to denounce the Dickies, while others, including Noodles of the Offspring, Ben Weasel, and Jesse Hughes of Eagles of Death Metal, voiced their support for the band.

In May 2018, the Dickies, along with the Hollywood Chamber Orchestra, played the theme to Killer Klowns From Outer Space live at the sold-out Montalbán Theatre, during the 30th-anniversary screening of that film. Other activity in 2018 included Oakland's "Burger Boogaloo" festival alongside Devo, the Damned, the Dwarves, host John Waters, and many others, and two runs of tour dates supported by the Queers.

The Dickies released a single in 2019, their first studio recording in over a decade. A cover of Cheap Trick's "I Dig Go Go Girls", it features a contribution from Monkey from the Adicts. The B-side is called "the Dreaded Pigasaurus."

Recent live dates include Punk Rock Bowling in May 2019, and T.S.O.L.'s 40th anniversary show in January 2020. Continuing to share billing with peers, The Dickies will be among the headliners (along with Cockney Rejects, UK Subs, Anti Nowhere League, and others) in a one day Scottish punk festival in April 2020, and will also play a number of concerts in the U.S. in June 2020 with Total Chaos, T.S.O.L., and headliners Black Flag.

Looking for the cheapest concert tickets for the show of The Dickies Tour 2024? If yes, then welcome to our portal offering a wide choice of either cheap of VIP tickets. Furthermore, we guarantee that here, you will definitely find so desired tickets for the performance of the The Dickies 2023 Tour dates you adore.

The show of The Dickies is worth seeing. You won’t regret because this talented person will gift you unforgettable emotions, help you forget about all problems and allow you to jump into the fantastic world of music for only one evening.

The primary target of our service is to offer The Dickies tour tickets for the show of your favorite singer at the most affordable price. You may be sure that choosing our ticket service, you will not overpay and get the entrance ticket for the incredible performance, you were waiting for so long. We know everything about the way how a professional ticket service should work. So, with us, you’ll get the lowest The Dickies ticket prices and the best places for the show.