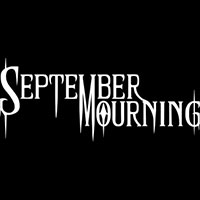 September Mourning will be performing an event in the next dates is right in your area. Buy tickets for your favorite performer or group and you will be able to visit his show already tomorrow!

Share with friends:
Updated: 07-06-2022
September Mourning is a heavy metal band, which incorporates a transmedia dark culture project created by Emily Lazar and Marc Silvestri. The band was formed by frontwoman, vocalist, and screamer, Emily Lazar in New York in 2009. The concept narrative created by Lazar and incorporated in the band and their performances, centers around the fictional story of a human-grim reaper hybrid named September, as she navigates the worlds of the living and the dead. The character's human-side possesses the empathy to give some human souls a second chance. The story is presented on different media platforms, including music, comic books, and live concerts. The comic books are published by Top Cow Productions Image Comics.

In late 2014, the September premiered a new song, "Children of Fate", co-written by Sahaj Ticotin and produced by Howard Benson on Loudwire. On July 12, 2015, September Mourning launched a Kickstarter Campaign to fund the release of the first issue of a comic book connected to the project's storyline. The Kickstarter achieved its funding goal in under 72 hours. In September, Loudwire premiered another track from their debut EP, Eye of the Storm. The EP, mixed and produced by Sahaj Ticotin, was released on October 2, 2015.

The comic titled A Murder of Reapers, was released in October 2015 through Top Cow Productions/Image Comics alongside Volume I, the band's first release in the USA. The EP was well received, with The Front Row Report saying that the "all components of the project’s impact present the sensation of strength and vitality. With such a unique method of storytelling and direct communication of passion, September Mourning have set themselves up for success with Volume 1". Live-metal.net stated that "in less than 20 minutes, Volume I establishes September Mourning as one of the few truly unique acts active today. The title implies this is the only beginning, which is a promising, exciting thought.".

In March 2016, September Mourning announced that the band had been signed to Sumerian Records, and released the music video for "Eye of the Storm". The full-length album, Volume II produced by Sahaj Ticotin, was released on July 29th, 2016, alongside the second issue of the comic. Lazar stated that "Volume II is a continuation of the first step in our journey which began with our self-released EP, Volume I and A Murder of Reapers, the first issue of our comic book. Volume II follows our hero, September Mourning’s tale throughout the second issue of the comic book entitled, The Hand of Fate". To promote the release, an animated lyric video for "Skin And Bones", was premiered on Loudwire in July 2016.

The show of September Mourning is worth seeing. You won’t regret because this talented person will gift you unforgettable emotions, help you forget about all problems and allow you to jump into the fantastic world of music for only one evening.

The primary target of our service is to offer September Mourning tour tickets for the show of your favorite singer at the most affordable price. You may be sure that choosing our ticket service, you will not overpay and get the entrance ticket for the incredible performance, you were waiting for so long. We know everything about the way how a professional ticket service should work. So, with us, you’ll get the lowest September Mourning ticket prices and the best places for the show.