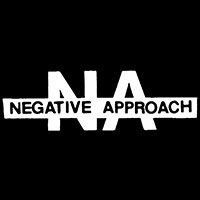 Negative Approach will be performing an event in the next dates is right in your area. Buy tickets for your favorite performer or group and you will be able to visit his show already tomorrow!

Share with friends:
Updated: 12-02-2021
Negative Approach is an American hardcore punk band, formed in Detroit, Michigan in 1981. The band is considered among the pioneers of hardcore punk, particularly in the Midwest region. Like most hardcore bands, Negative Approach was little known in its day outside of its hometown. It is now idolized in the Detroit rock underground and the punk subculture, considered to be one of the elite bands of the "old school" era, and continues to be influential. Negative Approach initially broke up in 1984 with singer John Brannon moving on to the Laughing Hyenas, and later Easy Action, but the band has reformed as of 2006 and continues to tour sporadically.

On May 2006, it was announced that Brannon and Moore would play a Negative Approach reunion show of sorts, for Touch and Go's 25th anniversary show on September 9, 2006, as well as two later shows in the UK (London on December 7 and at All Tomorrow's Parties on December 10). Despite repeated efforts by Rob and Graham McCulloch to be a part of the reunion and have the classic NA lineup play, Brannon refused. It was instead announced that Harold Richardson (of Easy Action) and Ron Sakowski (formerly of Easy Action, Laughing Hyenas and Necros) would complete the lineup.

Negative Approach closed out the No Fun Fest in Brooklyn, New York on May 20, 2007. Thurston Moore played guitar on two songs at the start of their set.

On July 31, 2010, Negative Approach played a book release party for Tony Rettman's Why Be Something That You're Not at St. Andrew's Hall in Detroit with other bands reflecting the formative years of the Midwest hardcore scene such as Tesco Vee's Hate Police, Sorcen, Violent Apathy and Hellmouth. The book was titled after a Negative Approach song, and included interviews with artists from the Detroit hardcore scene. The tour also featured the signing of the book Touch and Go: The Complete Hardcore Punk Zine '79–'83 written by Vee and Dave Stimson and edited by Steve Miller.

In 2010, Brannon discovered several unreleased Negative Approach recordings, including the lost 1984 sessions of unreleased studio tracks. After meeting Brannon, Curtis Casella of Taang! Records offered to release the recordings, which include "Friends of No One", "Cargo Cult" "Kiss Me Kill Me", "Obsession", "Genocide" and a studio version of "I Got a Right". The tapes were brought to Jim Diamond to restore and preserve. In November 2011, Taang! released the recordings on the Nothing Will Stand in Our Way album, around the time that the band played the Fun Fun Fun Fest in Austin with former Swirlies drummer Anthony DeLuca manning the kit in place of Moore. This lineup toured extensively throughout 2012 including a month in the U.S. with Off! and a month in Europe with Punch.

The show of Negative Approach is worth seeing. You won’t regret because this talented person will gift you unforgettable emotions, help you forget about all problems and allow you to jump into the fantastic world of music for only one evening.

The primary target of our service is to offer Negative Approach tour tickets for the show of your favorite singer at the most affordable price. You may be sure that choosing our ticket service, you will not overpay and get the entrance ticket for the incredible performance, you were waiting for so long. We know everything about the way how a professional ticket service should work. So, with us, you’ll get the lowest Negative Approach ticket prices and the best places for the show.