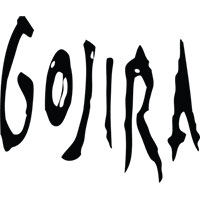 Gojira will be performing an event in the next dates is right in your area. Buy tickets for your favorite performer or group and you will be able to visit his show already tomorrow!

Share with friends:
Updated: 01-27-2023
Gojira are a French heavy metal band from Bayonne. Originally formed as Godzilla in 1996, they changed their name to Gojira in 2001. The band's lineup, consisting of brothers Joe Duplantier (lead vocals, guitar) and Mario Duplantier (drums, backing vocals), guitarist Christian Andreu, and bassist Jean-Michel Labadie, has been the same since the band's name change. They have released six studio albums and three live DVDs. They are known for their environment-themed lyrics and have gone from "utmost obscurity" to being placed "amongst (death metal)'s leading new millennium upstarts". Gojira have received Grammy nominations for Best Rock Album for their latest album Magma (2016) and Best Metal Performance for their single "Silvera".

The Way of All Flesh was released on 13 October in Europe via Listenable Records and 14 October in North America through Prosthetic Records in 2008. On 25 July 2008, the band announced the track listing and revealed the final cover art for the record. Joe Duplantier stated about the album, "This record is a lot darker—like, a lot darker, I would say. The music is darker and more violent." Duplantier stated the album will be "more intense, more brutal, and more melodic" than its predecessor. "That's the theme—it's about death itself," he explained. "It's also about the immortality of the soul. That's the main subject for us". Randy Blythe from the American band Lamb of God appeared as a guest vocalist on the song "Adoration for None" The album took four months to write and record, and three months to mix. On 17 March 2009, the band's first North American headlining tour was announced. The opening bands were The Chariot and Car Bomb. Gojira accompanied Metallica on their tour from 14 September to 18 October, performing before Lamb of God.

Gojira entered a studio in Los Angeles, California, in early November 2010 with producer Logan Mader to begin recording a new non-profit four-song EP, the proceeds from which will benefit Sea Shepherd, an anti-whaling organization. According to Joe Duplantier, the EP was going to feature guest appearances from the international metal scene. "Of Blood And Salt" features Devin Townsend as a guest vocalist and a guest guitar solo performed by Fredrik Thordendal. The other tracks feature Randy Blythe, Anders Fridén, Jonas Renkse, and Max Cavalera. As a preview of the Sea Shepherd EP, Gojira released "Of Blood And Salt" in May 2011, but the EP has yet to see a release, as the hard drive which held the recordings crashed.

In an interview conducted in February 2015 with AMH TV, Mario Duplantier stated that the band was working on a new album. Further speaking with AMH TV, he went on to say that " spent two months...composing new stuff, composing new songs. And we feel very optimistic about the future. We're already enjoying a lot of the new stuff. We want to make the strongest album we can do. I mean, all the bands say they try to make the strongest album, but this time, I think we will really do it." In April 2015, the band finished the construction of their New York recording studio, Silver Cord Studio. However, ten days into recording there, Joe and Mario Duplantier learned that their mother had fallen ill, so the band put the recording session on hold. Their mother later died, which had a profound influence on the recording process.

On 4 January 2016, the band posted a video on their YouTube page announcing the new album would be out in spring. That same month, Rolling Stone named the album their sixth-most anticipated album of 2016. On 13 April 2016, the band released a thirty-second video teaser confirming that the album will be titled Magma and would be released 17 June 2016 through Roadrunner Records. They followed this with the release of the first song from Magma, titled "Stranded", on 22 April. The single's music video was directed by Vincent Caldoni. On 20 May 2016, a second song, "Silvera", was released, accompanied by a music video directed by Drew Cox.

Magma was officially released through Roadrunner Records to a generally favorable critical reception, scoring a 79 on Metacritic. The album marked a change in style for the band, with Joe Duplantier experimenting with clean vocals, and with Mario commenting that "this time, we just felt all together that we wanted something straight to the point more. We wanted to change the dynamic." The band toured North America with Tesseract from mid-July through October 2016 in support of the album. In 2016, the band toured the United Kingdom with Alter Bridge, Volbeat, and Like a Storm. Gojira were nominated for two Grammy awards in 2016. Magma was nominated for Best Rock Album, and its second single "Silvera" was nominated for Best Metal Performance. The band played as a supporting act on Metallica's U.S. WorldWired Tour in summer 2017, along with Avenged Sevenfold and Volbeat. Gojira did a United States headliner throughout the fall of 2017, Converge, Code Orange, Pallbearer, Oni and Torche supported them on selected dates. In the summer of 2019, Gojira toured the United States to support Slipknot on their Knotfest Roadshow Tour. Behemoth and Volbeat joined in as supporting acts.

Looking for the cheapest concert tickets for the show of Gojira Tour 2024? If yes, then welcome to our portal offering a wide choice of either cheap of VIP tickets. Furthermore, we guarantee that here, you will definitely find so desired tickets for the performance of the Gojira 2023 Tour dates you adore.

The show of Gojira is worth seeing. You won’t regret because this talented person will gift you unforgettable emotions, help you forget about all problems and allow you to jump into the fantastic world of music for only one evening.

The primary target of our service is to offer Gojira tour tickets for the show of your favorite singer at the most affordable price. You may be sure that choosing our ticket service, you will not overpay and get the entrance ticket for the incredible performance, you were waiting for so long. We know everything about the way how a professional ticket service should work. So, with us, you’ll get the lowest Gojira ticket prices and the best places for the show.