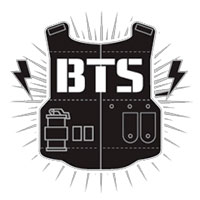 BTS - Bangtan Boys will be performing an event in the next dates is right in your area. Buy tickets for your favorite performer or group and you will be able to visit his show already tomorrow!

Share with friends:
Updated: 02-09-2023
BTS also known as the Bangtan Boys, is a seven-member South Korean boy band formed by Big Hit Entertainment. They debuted on June 12, 2013 with the song "No More Dream" from their first album 2 Cool 4 Skool. They won several New Artist of the Year awards for the track, including at the 2013 Melon Music Awards and Golden Disc Awards and the 2014 Seoul Music Awards. The band continued to rise to widespread prominence with their subsequent albums Dark & Wild, The Most Beautiful Moment in Life, Part 2 and The Most Beautiful Moment in Life: Young Forever, with the latter two entering the U.S. Billboard 200. The Most Beautiful Moment in Life: Young Forever went on to win the Album of the Year award at the 2016 Melon Music Awards.

Their second full album, Wings peaked at number 26 on the Billboard 200, which marked the highest chart ranking for a K-pop album ever. In their native South Korea, Wings became the best selling album in the Gaon Album Chart history at the time. The album went on to sell more than 1.5 million copies, making it BTS' first "million seller", and the group was subsequently awarded Artist of the Year at the 2016 Mnet Asian Music Awards. The group's next release, Love Yourself: Her, debuted at number seven on the Billboard 200, marking the highest rank for an Asian artist in history. The group also managed to debut on the Billboard Hot 100 for the first time with the album's title track, "DNA", which entered at number 85 and peaked at number 67. Another track from the album, "Mic Drop", was remixed by Steve Aoki with a feature by Desiigner and peaked at number 28 on the Billboard Hot 100. Both tracks went on to be certified Gold by the Recording Industry Association of America, a first for any Korean act ever. The album sold over 1.2 million copies on South Korea's Gaon Album Chart in its first month, reclaiming its title as the best selling album in the chart's history and becoming the biggest selling Korean album by month in 16 years, coming second to G.o.d's album in 2001. BTS was awarded the Mnet Asian Music Award for Artist of the Year for the second year in a row in 2017. Their third full album Love Yourself: Tear, debuted at number one on the Billboard 200, making them the only K-Pop act to achieve this feat so far. Since their debut, they have sold an estimated 5 million albums worldwide.

The show of BTS - Bangtan Boys is worth seeing. You won’t regret because this talented person will gift you unforgettable emotions, help you forget about all problems and allow you to jump into the fantastic world of music for only one evening.

The primary target of our service is to offer BTS - Bangtan Boys tour tickets for the show of your favorite singer at the most affordable price. You may be sure that choosing our ticket service, you will not overpay and get the entrance ticket for the incredible performance, you were waiting for so long. We know everything about the way how a professional ticket service should work. So, with us, you’ll get the lowest BTS - Bangtan Boys ticket prices and the best places for the show.