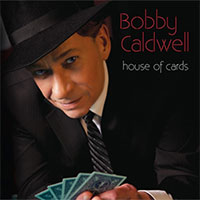 Bobby Caldwell will be performing an event in the next dates is right in your area. Buy tickets for your favorite performer or group and you will be able to visit his show already tomorrow!

Share with friends:
Updated: 02-09-2023
Robert Hunter Caldwell is an American singer and songwriter who recorded the hit single "What You Won't Do for Love" in 1978. After several R&B and smooth jazz albums, Caldwell turned to singing standards from the Great American Songbook. He maintains a loyal following in Japan.

He signed with TK Records in Miami. In 1978, after songs for his first album were recorded, executives told Caldwell they enjoyed the album, but thought it was lacking a hit. Caldwell returned to the studio for two days and wrote "What You Won't Do for Love". TK was mainly an R&B label popular among African American listeners. Executives at the label wanted to conceal the fact that Caldwell was white, so they kept his face off the album cover. When he toured with Natalie Cole to support the album, most of the audience was black and many were surprised that Caldwell was white.

"What You Won't Do for Love" reached the top ten on the Billboard magazine Pop (No. 9) R&B (No. 6), and Adult Contemporary (No. 10) charts. The song has been covered, remade and sampled many times. Caldwell remade it in 1998. It was covered by Go West, Phyllis Hyman, and Boyz II Men and was sampled by Tupac Shakur. It was covered by Elliott Yamin during the fifth season of American Idol in 2006. The 1980 track "Open Your Eyes" was sampled by J Dilla on Common's "The Light" from his 2000 album "Like Water For Chocolate".

Caldwell's debut album was followed by Cat in the Hat (1980) and Carry On (1982). For the latter album, Caldwell played all the instruments, was the producer and helped with arranging and mixing. In 1983, Caldwell released August Moon only in Japan. It was released in the United States in the 1990s. Singer Boz Scaggs advised Caldwell to write songs for other musicians after TK Records shut down. Caldwell wrote "The Next Time I Fall", which became a hit for Amy Grant and Peter Cetera, and songs for Roy Ayers, Chicago, Natalie Cole, Neil Diamond, Roberta Flack, Al Jarreau and Boz Scaggs.

On Blue Condition (1996), Caldwell turned from R&B to recording big band arrangements of songs from the Great American Songbook, particularly those sung by Frank Sinatra. He also portrayed Sinatra in tributes to the Rat Pack in Las Vegas. He continued to sing standards on Come Rain or Come Shine (1999), The Consummate Bobby Caldwell (2010) and After Dark (2014). In 2015, he collaborated with record producer Jack Splash on the album Cool Uncle.

Looking for the cheapest concert tickets for the show of Bobby Caldwell Tour 2024? If yes, then welcome to our portal offering a wide choice of either cheap of VIP tickets. Furthermore, we guarantee that here, you will definitely find so desired tickets for the performance of the Bobby Caldwell 2023 Tour dates you adore.

The show of Bobby Caldwell is worth seeing. You won’t regret because this talented person will gift you unforgettable emotions, help you forget about all problems and allow you to jump into the fantastic world of music for only one evening.

The primary target of our service is to offer Bobby Caldwell tour tickets for the show of your favorite singer at the most affordable price. You may be sure that choosing our ticket service, you will not overpay and get the entrance ticket for the incredible performance, you were waiting for so long. We know everything about the way how a professional ticket service should work. So, with us, you’ll get the lowest Bobby Caldwell ticket prices and the best places for the show.