Cheapest-Concert-Tickets.com ›
Concert Tickets ›
Against Me! Tickets 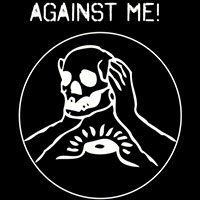 Against Me! will be performing an event in the next dates is right in your area. Buy tickets for your favorite performer or group and you will be able to visit his show already tomorrow!

Buy Against Me! Tour Tickets

Share with friends:
Updated: 02-09-2023
Against Me! is an American punk rock band formed in 1997 in Gainesville, Florida, by singer and guitarist Laura Jane Grace. Since 2001, the band's lineup has also included guitarist James Bowman. After releasing three studio albums through independent record labels, Against Me! moved to Sire Records for 2007's New Wave, which reached no. 57 on the Billboard 200. In 2011, the band launched their own record label, Total Treble, through which to release future albums.

In 2012, Grace publicly came out as a transgender woman. After a long period of line-up changes and uncertainty surrounding the band's future, their sixth studio album, Transgender Dysphoria Blues, was released independently in January 2014 to critical and commercial acclaim. The band's seventh full-length, Shape Shift with Me, was released September 16, 2016.

Against Me! played their final show with bassist Inge Johansson in May 2018. The following month, the band played an unannounced show at Trumbullplex in Detroit, MI. The show was notable for being the first show with Andrew Seward playing bass since 2013, although no songs were played from Shape Shift with Me. Grace officially announced in July 2018 via Instagram that after performing these shows, Seward had rejoined the band. In October 2018, the band played two shows on the eve of their South American tour: one with As the Eternal Cowboy played front to back, and the other with New Wave.

Laura Jane Grace announced in July 2018 that the band she had performed previous solo tours with since 2016, The Devouring Mothers, had recently completed a record together. Bought to Rot was released on Bloodshot Records on November 9, 2018. The band's members since its inception have been Grace and Willard from Against Me!, as well as long-time producer and collaborator Marc Hudson. The album is said to be heavily influenced by the works of Rowland S. Howard and Tom Petty, and includes collaborations with other artists.

Grace confirmed that Against Me! is still continuing as a band, as a clean slate, and that an eighth Against Me! record is still planned for eventual release, but that it may be shelved and/or re-recorded following Seward's replacement of Johansson as bassist. The band recorded a cover of The Jim Carroll Band's "People Who Died" for a 2018 compilation album (Songs That Saved My Life) in aid of mental health charities. The track is the first recording with Seward back as bassist since the 2011 single "Russian Spies / Occult Enemies", and Grace used the announcement to further confirm that the band intend to record an eighth studio album together. The band began work on their eighth studio album in February 2019.

In May 2019, the band announced their “2 Nights / 4 Records / 48 Songs” tour. On this North American run, the band performed two shows in each city: The first dedicated to Searching for a Former Clarity and New Wave, the second dedicated to White Crosses and Transgender Dysphoria Blues. Support for the shows came from Chuck Ragan, Toy Guitar, Dilly Dally, Chris Cresswell, and Cursive.

Looking for the cheapest concert tickets for the show of Against Me! Tour 2024? If yes, then welcome to our portal offering a wide choice of either cheap of VIP tickets. Furthermore, we guarantee that here, you will definitely find so desired tickets for the performance of the Against Me! 2023 Tour dates you adore.

The show of Against Me! is worth seeing. You won’t regret because this talented person will gift you unforgettable emotions, help you forget about all problems and allow you to jump into the fantastic world of music for only one evening.

The primary target of our service is to offer Against Me! tour tickets for the show of your favorite singer at the most affordable price. You may be sure that choosing our ticket service, you will not overpay and get the entrance ticket for the incredible performance, you were waiting for so long. We know everything about the way how a professional ticket service should work. So, with us, you’ll get the lowest Against Me! ticket prices and the best places for the show.