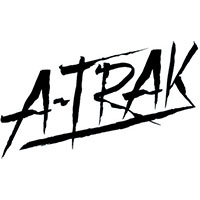 A-trak will be performing an event in the next dates is right in your area. Buy tickets for your favorite performer or group and you will be able to visit his show already tomorrow!

Share with friends:
Updated: 01-27-2023
Alain Macklovitch, known by his stage name A-Trak, is a Canadian DJ, turntablist, record producer, and record label executive. He is the owner and President of the record label Fool's Gold which was founded in 2007 and is credited for developing the careers of artists such as Kid Cudi, Danny Brown, and Flosstradamus. A-Trak's career has spanned just over two decades, leading Rolling Stone to name him one of the 50 Most Important People in EDM. A-Trak is also part of the DJ duo Duck Sauce with Armand Van Helden, which was nominated for a Grammy in 2012 for their song "Barbra Streisand".

A-Trak was featured on the covers of Billboard and Complex and appeared in campaigns for Adidas, Grey Goose, Converse and Cadillac. A-Trak has also penned a number of articles for The Huffington Post and owns the travel website Infinite Legroom.

A-Trak was featured on the 2016 Fool's Gold Records compilation album Fool's Gold Presents: Night Shift, for his song "Only One" with Ookay. On May 3, 2016 A-Trak premiered his single "Parallel Lines" (featuring Phantogram (band)) on Zane Lowe's Beats 1 Radio show. A-Trak embarked on an Australian Tour with fellow producer What So Not on June 30, 2016. With Kanye West and Lex Luger, he also co-produced the song "Champions."

In 2017, A-Trak released "Believe" featuring Quavo and Lil Yachty, collaborated with Baauer for two singles, "Fern Gully" and "Dumbo Drop," and produced the song "Kitana" for Princess Nokia. He was also featured on tracks by Calvin Harris and The Cool Kids. In 2018, the single "Ride for Me" was released as a collaboration by A-Trak, Falcons, Young Thug and 24hrs via A-Trak's record label Fool's Gold.

In 2019, A-Trak released two singles, the disco-house track "Work It Out" in April and the Loods collaboration "What Can I Do" later that year, as well as a handful of VIP reworks on his recent A-Trak Bootleg Series, an informal collection of free releases he’s made for his DJ sets. It was rumored that the producer was to release larger collection of music later in 2019 or in 2020.

Looking for the cheapest concert tickets for the show of A-trak Tour 2024? If yes, then welcome to our portal offering a wide choice of either cheap of VIP tickets. Furthermore, we guarantee that here, you will definitely find so desired tickets for the performance of the A-trak 2023 Tour dates you adore.

The show of A-trak is worth seeing. You won’t regret because this talented person will gift you unforgettable emotions, help you forget about all problems and allow you to jump into the fantastic world of music for only one evening.

The primary target of our service is to offer A-trak tour tickets for the show of your favorite singer at the most affordable price. You may be sure that choosing our ticket service, you will not overpay and get the entrance ticket for the incredible performance, you were waiting for so long. We know everything about the way how a professional ticket service should work. So, with us, you’ll get the lowest A-trak ticket prices and the best places for the show.