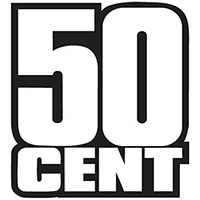 50 Cent will be performing an event in the next dates is right in your area. Buy tickets for your favorite performer or group and you will be able to visit his show already tomorrow!

Share with friends:
Updated: 02-09-2023
Curtis James Jackson III  known professionally as 50 Cent, is an American singer, songwriter, rapper, actor, television producer, entrepreneur and investor. Born in the South Jamaica neighborhood of the borough of Queens, Jackson began selling drugs at age twelve during the 1980s crack epidemic. He later began pursuing a musical career and in 2000 he produced Power of the Dollar for Columbia Records, but days before the planned release he was shot and the album was never released. In 2002, after Jackson released the compilation album Guess Who's Back?, he was discovered by Eminem and signed to Shady Records, under the aegis of Dr. Dre's Aftermath Entertainment and Interscope Records.

With the aid of Eminem and Dr. Dre, Jackson became one of the world's best selling rappers and rose to prominence with East Coast hip hop group G-Unit. In 2003, he founded G-Unit Records, signing his G-Unit associates Young Buck, Lloyd Banks and Tony Yayo. Jackson had similar commercial and critical success with his second album, The Massacre, which was released in 2005. He released his fifth studio album, Animal Ambition, in 2014 and as of 2019 is working on his sixth studio album, Street King Immortal. He executive produces and stars in the show Power, which airs on Starz.

During his career Jackson has sold over 30 million albums worldwide and won several awards, including a Grammy Award, thirteen Billboard Music Awards, six World Music Awards, three American Music Awards and four BET Awards. He has pursued an acting career, appearing in the semi-autobiographical film Get Rich or Die Tryin' (2005), the Iraq War film Home of the Brave (2006) and Righteous Kill (2008). 50 Cent was ranked the sixth-best artist of the 2000s and the third-best rapper (behind Eminem and Nelly) by Billboard. Rolling Stone consider Get Rich or Die Tryin' and "In da Club" to be in their lists of "100 Best albums of the 2000s" and "100 Best songs of the 2000s" at numbers 37 and 13 respectively.

On May 14, 2015, Jackson revealed in an interview that the first single from Street King Immortal, would be previewed Memorial Day weekend and would likely be released in June. Jackson released "Get Low" on May 20, 2015, as the intended first single from his sixth studio album, Street King Immortal (2015). The song, produced by Remo the Hitmaker, features vocals from fellow American rappers 2 Chainz and T.I., as well as American singer Jeremih. He announced bankruptcy on July 13, 2015. On March 31, 2017, Interscope Records released 50 Cent's final album for the label, a greatest hits album titled Best Of. On June 25, 2019, The New York Times Magazine listed 50 Cent among hundreds of artists whose material was reportedly destroyed in the 2008 Universal fire.

Looking for the cheapest concert tickets for the show of 50 Cent Tour 2024? If yes, then welcome to our portal offering a wide choice of either cheap of VIP tickets. Furthermore, we guarantee that here, you will definitely find so desired tickets for the performance of the 50 Cent 2023 Tour dates you adore.

The show of 50 Cent is worth seeing. You won’t regret because this talented person will gift you unforgettable emotions, help you forget about all problems and allow you to jump into the fantastic world of music for only one evening.

The primary target of our service is to offer 50 Cent tour tickets for the show of your favorite singer at the most affordable price. You may be sure that choosing our ticket service, you will not overpay and get the entrance ticket for the incredible performance, you were waiting for so long. We know everything about the way how a professional ticket service should work. So, with us, you’ll get the lowest 50 Cent ticket prices and the best places for the show.